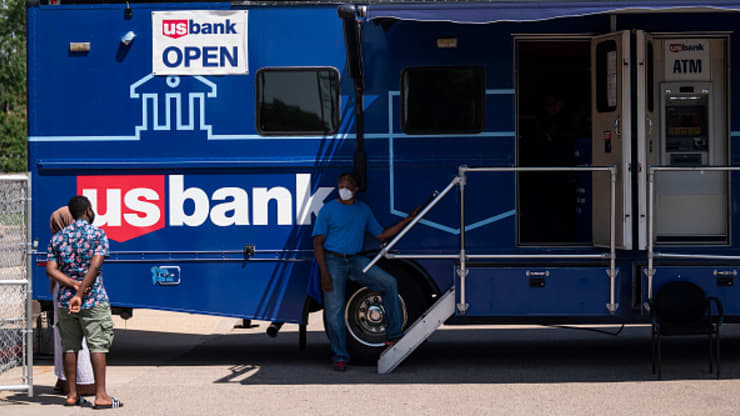 The race to cater to institutional investors who want to wager on cryptocurrency is heating up.

U.S. Bank, the fifth-biggest retail bank in the nation, announced Tuesday that its cryptocurrency custody service is available to fund managers, CNBC was first to report.

The offering will help investment managers store private keys for bitcoin, bitcoin cash and litecoin with assistance from sub-custodian NYDIG, according to Gunjan Kedia, vice chair of the bank’s wealth management and investment services division. Support for other coins like ethereum is expected over time, Kedia said.

The move is the latest sign that established financial players are beginning to accept cryptocurrencies as a legitimate asset class. In the realm of custody banks, which verify and safeguard trillions of dollars of traditional assets for money managers, major players including Bank of New York Mellon, State Street and Northern Trust have all announced plans to custody digital assets.

“Our clients are getting very serious about the potential of cryptocurrency as a diversified asset class,” Kedia said in an interview. “I don’t believe there’s a single asset manager that isn’t thinking about it right now.”

U.S. Bank, which was founded during the Civil War in 1863, is a top 10 player in custody with more than $8.6 trillion in assets under custody and administration, according to data from the Federal Deposit Insurance Corp.

After a key regulator released a paper last year that established that national banks could custody crypto assets, Kedia surveyed the firm’s biggest clients to determine if their interest was genuine. She found that interest in crypto was broad and not limited to niche players, and that clients wanted the bank to move quickly.

“What we were hearing across the board, is that while every currency might not survive – there may not be room for thousands of coins— there’s something about the potential of this asset class and the underlying technology that would be prudent for us to stand up support for it,” she said.

Some investment clients already have positions in bitcoin, while others are waiting for custody services to begin, she said. U.S. Bank is one of the first institutions to have a live custody product available, Kedia said.

The price of bitcoin has whipsawed this year, surging to an all-time high of about $64,000 in April before losing half its value the next month. But the original cryptocurrency has proven to be resilient: It has weathered China’s move to ban the digital currency last month, and early Tuesday hit $50,000 once again.

There is irony in the fact that while bitcoin was created to cut out financial middlemen, swaths of the old financial order are being recreated to cater to digital currencies. After all, fund managers could choose to store their own cryptocurrency keys. But managers want the imprimatur of established names like U.S. Bank to help allay concerns from their own clients, Kedia said.

In order to onboard a manager into the crypto product, U.S. Bank has to trace the origin of the client’s funds in the industry’s standard anti-money laundering and “Know Your Client” checks, she said.

The product is only for institutional managers with private funds in the U.S. or Cayman Islands, according to the bank. But if and when the U.S. Securities and Exchange Commission approves a bitcoin ETF, demand is expected to rise.

“We have a lot of funds who are hoping to invest in ETFs,” Kedia said. “Some literally want custody contracts signed the day the SEC approves an ETF.”